_the august│2021 edition of our Newsletter has the following highlight:

-Brazilian Chamber of Deputies approves multiple voting shares through the Provisional Measure for the Improvement of the Business Environment, which proceeds to presidential approval

Family Businesses can be fragile or resilient depending not only on their operational and strategic performance in their field of operation, but mainly on how the several parties involved in their corporate governance system align themselves and deal with the challenges and conflicts that may arise. In a nutshell, we can organize the Family Business System into three independent but partially overlapping subsystems: ownership, business, and family: 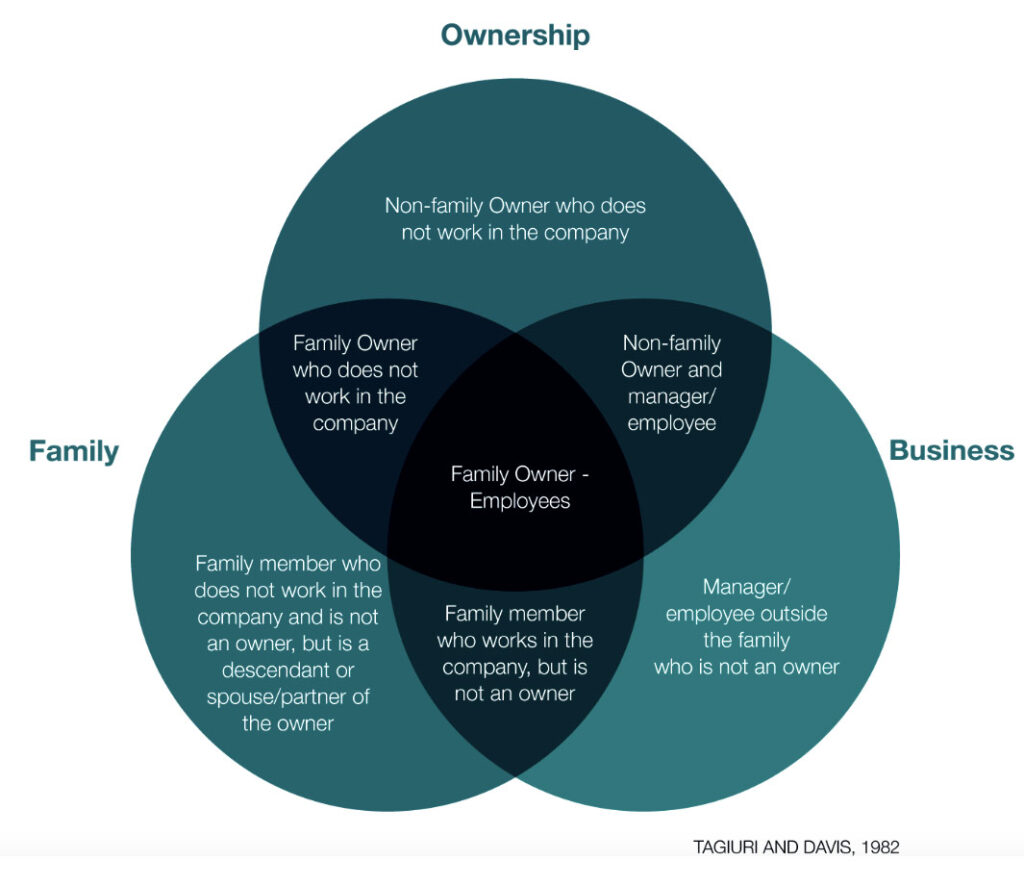 The Ownership Circle is occupied by all the individuals and legal entities that already have a shareholding interest in the company, whether this interest is a majority or a minority stake, bound or not to a shareholders’ agreement. Those are the people who are entitled to dividends and the approval for most relevant matters set forth in the Corporations Law.

However, members in the Business circle are managers and employees. This condition, unlike ownership, is not a direct consequence of succession, although in practice it is often confused with it.

By defining the position of each person in the system, it is possible to objectively identify the different perspectives, concerns, dilemmas, incentives, priorities, limits, and dynamics within the family business environment.

There is no right or wrong point of view. This model provides a neutral perspective of the situation, making it possible to mitigate potential conflicts between different groups. In addition, it helps to identify the source and reason of problems, as well as to outline possible solutions to impasses. For example, on one hand, a brother A, a family member owner with no position in the company, may conflict with brother B, a family member owner working in the company, because he believes that the dividends distributed were below his expectations and did not represent a reasonable return on his investment. On the other hand, Brother B may not understand Brother A’s frustration and believes that the distribution was fair, justifying the retention of profits with possible reinvestment in expansion.

By applying the model, the difference in the position of each of the brothers is evident and therefore easier to understand individual concerns. Each member of the system has a legitimate interest, and all must be respected, welcomed, and included as effectively as possible in the company’s decisions, rules, and policies. Besides the issue of profit allocation, some sensitive topics that take prominence refer to:

• shareholders preparation and succession;
• leadership succession, which is often concentrated on the founder in the first generation, whose replacement may occur gradually or abruptly;
• retirement age of family managers;
• choice of managers (family and external);
• family members hiring;
• support to family members in need;
• exit mechanisms for family members that do not want to remain in the company.

Each family business is unique, and in our work, we analyze its particularities in depth so that, together with the participants, we can create an appropriate corporate governance. The best time to discuss and define corporate governance is before it really becomes essential. Anticipating, in this case, can mean a valuable opportunity to discuss sensitive issues, converge interests, and provide the sincere commitment of all to the defined rules, in order to avoid conflicts that are harmful both to the company’s business and to family relations themselves.

For a family business to succeed, it is essential to have a solid union, which means being aligned on the fundamental values of where the company wants to go and how and what should be done to achieve this goal.

The text above was published in legislation and market session of Capital Aberto on July 21, 2021, and can be accessed in Portuguese through the link below:

1 The Three Circles Model of the Family Company System was developed by Renato Tagiuri and John Davis at Harvard Business School and was published in professional documents starting in 1978. It was published for the rst time in Davis’ PhD dissertation – The Inuence of Life Stages on Father-Son Work Relationships in Family Companies, in 1982. In 1996, the Family Business Review publication brought up the classic article by Tagiuri and Davis, “Bivalent Attributes of the Family Firm“

_ Brazilian Chamber of Deputies approves multiple voting shares through the Provisional Measure for the Improvement of the Business Environment, which proceeds to presidential approval

On August 5, 2021, the Chamber of Deputies approved Provisional Measure No. 1,040/2021, also known as the MP for the Improvement of the Business Environment, which gave rise to the Conversion Bill No. 15/2021, which awaits presidential approval.

The MP for the Improvement of the Business Environment provides for changes to encourage business in Brazil, which may improve Brazil’s position in the Doing Business ranking, including the possibility of granting common shares issued by companies the right of multiple voting, which allows a single share to be assigned more than one vote.

Currently, such mechanism is prohibited by the Brazilian corporate law, which adopts the principle that each common share corresponds to one vote in resolutions taken at shareholders’ meetings (Article 110 of Law No. 6,404/1976), although this is a right already known in the capital market of other countries, especially in the US, which has attracted Brazilian companies at the time of going public, since multiple voting shares allow original shareholders to maintain control of the companies without necessarily holding a majority of the share capital or without the need to enter into a shareholders’ agreement with a group of investors.

Pursuant to the wording of Conversion Bill No. 15/2021, it is intended to create one or more classes of common shares with multiple voting rights up to ten votes per share with a term of validity of up to seven years, which may be renewed, subject to some restrictions for its creation.

Any stock company (sociedade por ações) may approve the creation of shares with attribution of the multiple vote, subject to the protections provided for in the project, except for publicly-held companies that already have shares traded on organized markets, which are excluded from the proposed wording. However, the text authorizes publicly-held companies to have shares with a multiple voting rights, if they have created such class of shares before their IPO.

It has been discussed whether the implementation of the multiple voting shares in Brazil via a provisional measure would be the ideal path, since such a change in the current system should be preceded by a broad and effective debate. In this sense, while the plural vote allows its holder to maintain greater influence in decisions than its effective participation in the capital stock, a situation that is relevant in certain companies that debut their participation in the capital market in which the figure of the controlling shareholder often has a weight and a value recognized by investors, it is also necessary to have safeguards to protect investors.

We contributed on the subject in the article “Voto plural chega ao Brasil” in “Legislação & Mercados” session of Capital Aberto published on August 17, 2021, which can be accessed in Portuguese through the link below: